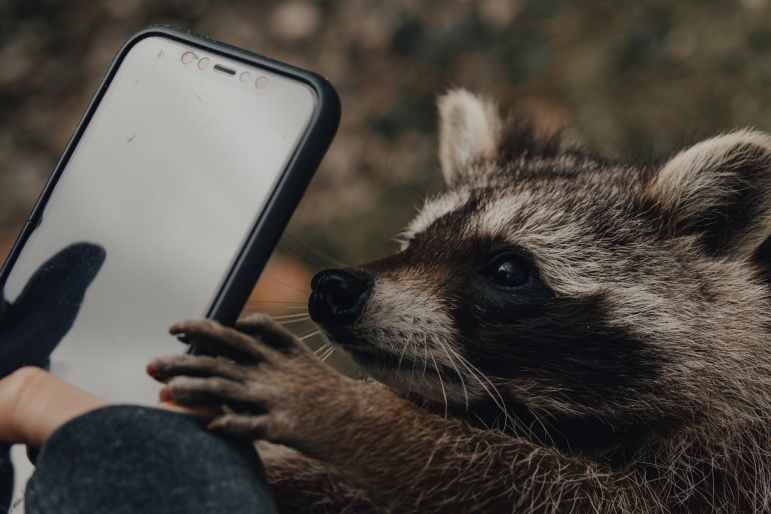 As promised, I’ve thrown together a couple of flash fiction pieces that I’ll be running in the next couple of weeks. Before we get into the fantasy, I want to give you a reminder that submissions are still be accepted for The Beautiful Stuff’s 2022 Anthology, “A Beautiful Twist”. Here are the details (the short version for folks like me with a minor attention span)

Whew! Send in your stuff. I’m excited to read it. And now this:

FLASH 1: Raccoons and Moving On

“This is your fault.”

“Mine? How is this even remotely my fault?”

“You wanted to have the dinner party in that stupid farm to table place. With a stupid glamping theme. In the stupid middle of a stupid field!”

“Why is everything I do stupid?” he fired back. She glared over the dinner napkin pressed to her cheek and pulled away the bloodied cloth to show him, once again, the angry gashes that had undone the beauty of her Botox.

“This for one!” She put the cloth back on the wound and crossed her other arm in front of her low cut dress. The ER was always busy this time of the week, but she’d never had to wait for anything, and especially not with the general public, so it seemed even worse.

“I mean—the food wasn’t bad. The whole evening could have been worse.”

“Worse? Mark? Really? How could it possibly have been worse? A goddamn raccoon tried to take my face off!”

“I was trying to scoot it out of the tent! Brought in by your ‘not bad food’ buffet!”

“Well, I mean, it was out in the woods. So technically, it was just like having a neighbor come over for dinner.”

Mark laughed. He laughed so hard he doubled over. Hooting until tears came to his eyes.

“Just—the way your face looked when that little guy came at you! Eyes wide and—” he gasped for air between chuckles, “and shrieking like a banshee.”

“I want a divorce,” she yelled.

“I know you do. That’s why I planned the evening! To try and start to mend things.” At this he stopped laughing. “But I realized I can’t mend the past. I can only look at the future.”

She grumbled. “What does that mean anyway?”

“I’ve been seeing someone.”

“She’s a park ranger, actually. The one that recommended the venue?”

“Are you out of your goddamn mind?”

“I probably won’t be once the papers get signed. Look, here’s your ride.” She failed to even notice as the nurse came to her with a wheelchair and an exasperated look.

“The doctor can see you now, Mrs. Sinclair.”

“Oh, it’s just Ms.” Mark corrected before helping to move his near catatonic wife, soon to be ex-wife, into the dingy wheelchair and watched it disappear with a squeaking tirade down the hall.

At first he didn’t notice when the light hadn’t changed. Louis could always find an excuse to look at his phone, play a quick game of Candy Crush, or text that hot little thing from accounting. He just figured it was a long light.

But it turned into an excruciatingly long light. Three games in and an unanswered tawdry text about how he’d like to ‘spread sheet’ with her, he finally looked up and found that the light had not changed. In fact, nothing had changed. Louis put down his phone and looked over at the driver in the lane next to him. Sipping her coffee. He watched for a good thirty seconds. Still sipping. He looked up towards the person in front of him.

The guy had been reaching into his back seat, not moving since they’d stopped.

“What the—“? Louis paused to adjust his radio, but the same note was still playing. The same long C. Echoing through frozen airwaves. Louis turned off the stereo and got out. That’s when the light would change right. Isn’t that how it always worked? But it remained, stuck on red.

The street was lit in the garish tone of a sun that had seemed to stop. No shadows moved. No sounds of tires against asphalt. No wind blew. He looked up into the sky and caught a strange dark shape. He thought it was a plane, tiny and glacially moving across the sky. But it wasn’t moving.

And it wasn’t a plane. Louis closed his door and looked closer at the pigeon, suspended in mid-air. His heart hammered against his chest, the only beat in the city. He looked at the woman in the car next to him, the drivers in the opposite lanes. Everyone, like some strange flash mob in reverse, was holding perfectly still.

“Hey!” Louis yelled, angry in his fear. “Hey, what’s the big deal! Move your car!” He jogged up to the first car in the lane. A woman, bags beneath her eyes, white knuckling the steering wheel and glazed over stare into the quiet nothing. In the backseat, a toddler, with his face red and sweaty mouth open in a silent and unending scream, clutching an empty applesauce packet in one hand and a sodden blankie in the other.

“What’s the big idea? What is this?” He pounded on her window with a force that have been loud enough to wake the dead. It did not wake her. Louis went from car to car, with the same method and the exact same reaction. Nothing moved.

The world was frozen in time and he was the only one outside the loop. Louis dove back into his car and grabbed his phone. Candy Crush was now dormant, he tried tapping on his messages but nothing budged. As if the moment his hands put it down, it too became frozen. A cold shiver shot up Louis’ spine and he spun in a circle.

“Knock it off! Whatever this is! It’s not funny anymore!” When the strangled universe refused to reply Louis took off down the street, looking for any sign of life, in a world without.

It would be the longest thirty years of his life.