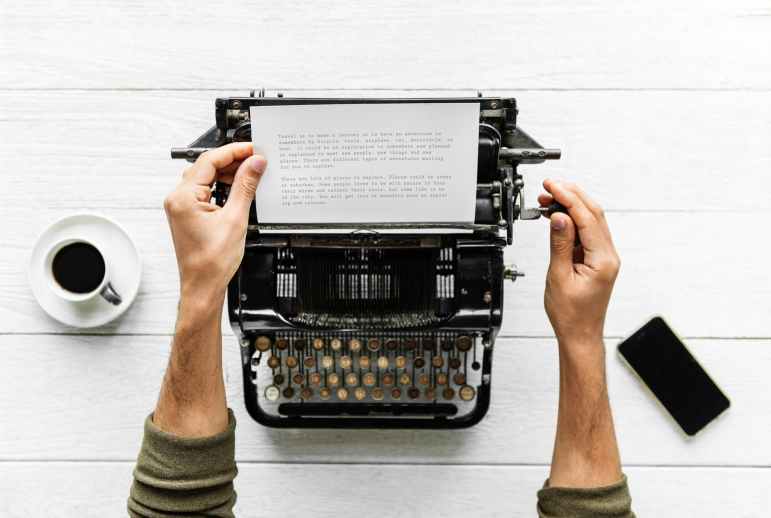 Today’s blog will be short in rolling with the theme of Flash Fiction and its most basic principles.

Last week we talked about Flash Fiction (1 to 300 word stories) as a ‘snap shot’, not photo album. You could also say it’s a clip of a film instead of the whole three hour director’s cut. Because of this brevity, the story must be a significant part.

How do we, as writers, utilize the details of a moment to make an impact in a short amount of time? Well, my friends, it has to do with that famous and hair-pulling piece of advice:

In a novel you have time to back-story a bit. You have chapters to build a character’s story, and flesh them out. You have pages to describe the fall leaves flanking their drive one day, even when the climax doesn’t happen until late December.

But in flash fiction you are limited in words, so every one of them must count. You don’t have the luxury of three paragraphs to tell a reader how the character made a cake just like her Grandmother and how it showed that she was tied to the past, and loyal to her family. You have one sentence to show us.

The audience is on a Need-To-Know basis. If a detail is pretty but insignificant for the purpose of story, it must be cut. The apron she uses may bring back random and various memories, but unless that memory is of her grandmother using it to dry her hands after slaughtering chickens for a voodoo ritual which cursed her love-life forever, I don’t want to hear it.

In your Flash Fiction be sure to distill it down to the quintessential details, in curious and provoking ways which bring out the color of this photo and burn it into the retinas of your reader. That doesn’t mean it has to be shocking (burned out cars of ex-husbands, Iowan farm wives practicing voodoo rituals).

It just needs to be curious, gripping and brief. I don’t need to know the color of her hat, unless it’s significant to the story.

Now, personally when I think of what the audience ‘needs to know’, I prefer a little twist amidst those few lines. I prefer a flash piece to make me sit back with a; “Wait—what?”

It doesn’t have to happen. Sometimes the best flash work is simply a small slice of life that we all feel deeply, whether that be sitting at a funeral or sitting in dead-locked traffic (which is like sitting at your own funeral sometimes).

Again, practice your flash fiction this week and send me them if you wish. Try experimenting with something a little strange or unexpected thrown in. Let your brain just flow with a the strange and wonderful, try something that seems a touch jarring.

Next week, I’ll feature a couple of examples on Tuesday along with some journals currently accepting submissions for flash fiction. Then, we’ll move on to a new topic of discussion next Thursday.

2 thoughts on “The Beautiful Writers Workshop #27: A Need-To-Know Basis”